From CPO To Chauffeur

October 21, 2020
The close protection industry is having a tough time of it right now and as a result considerable numbers of SIA licence holders are looking to jump ship and enter the world of chauffeuring.

Sounds great in theory, but Alex Davis takes a closer look and advises the jumpers to do their homework first.
“It would genuinely be interesting to know the number of close protection licence holders who’ve never actually used their badge of honour on task, although it must be a significant percentage.
The industry is indeed saturated, but a lot of individuals are still willing to do CP courses in the hope they’ll be one of the lucky few that ends up on a team, temporarily or otherwise. This lack of opportunity is understandably frustrating so it’s perhaps no surprise many are choosing to take a closer look at the chauffeur industry.
Whilst there are of course parallels between the two jobs, don’t think for a minute having a CP licence gives you right of passage into the world of professional driving, especially if you’re looking for security chauffeur work. There seems to be a bit of a misconception lately that a driving licence in one pocket and a CP badge in the other gives you all the credentials required to enter the chauffeur industry and start driving a high-end clientele from day one. That easy it ain’t!
Let’s take a look at the reality of the chauffeur industry to start with. Security chauffeur or protection driver roles are probably as rare as genuine close protection positions and very few clients will specifically request a security-trained driver, so don’t expect opportunities to fall at your feet.

There are thousands of SIA licensed guys looking to the chauffeur industry for openings, so don’t think for a second that a CP qualification will make a huge difference in most cases because all you’re doing in reality is leaving one queue to join another. Of course, there are chauffeur positions advertised where a CP licence is desirable but there will be many other requisite requirements along with it so in the great scheme of things it’s no advantage whatsoever on its own and its up to the individual to build on that bit of plastic to make themselves more employable.
Ask yourself whether you’re looking to enter the chauffeur industry for the right reasons because if you’re simply viewing it as the second best option when there’s no CP work available, you are doing our profession a disservice and you are almost certainly unsuitable.
If, on the other hand, you’re a professionally-minded individual who wants to build on an existing security-based skill set to earn a living as a chauffeur and ‘transfer across’ with your eyes very widely open, then you might well find it an extremely rewarding career.
It doesn’t matter if you were in the military or not, what cap badge you wore or how good a driver you think you are, a surprisingly small number of people have the necessary personality traits and practical attributes to make it as a stand-out chauffeur.
The big chauffeur firms are full of ‘drivers’, steering wheel jockeys who do what’s required of them and can offer no more. What’s needed in reality are those individuals who have the interpersonal skills and level of intelligence to be able make dynamic assessments of each separate client and adapt their behaviour accordingly.
They will need to be able to communicate on any level and hold their own in conversations covering a multitude of subjects. They will understand and be sympathetic to any number of differing nationalities, cultures and religions. They will know the best routes, the ‘in’ restaurants, and on which floor you’ll find what products in the major stores. Seeing it as ‘just driving’ is both naïve and insulting in the extreme.
Its very difficult to emphasise just how important you are as an individual in a chauffeuring context, it is you and the client in the confines of a car. There are thousands of CP licence holders, but only a small minority would ever have both the personal and professional skills to work one on one with a client successfully-that is how it is as a chauffeur all the time.
A few years ago a chauffeur with a close protection licence was a rarity but that’s not the case anymore. These days, good security chauffeurs will also have an advanced driving qualification, a specific protection driver course and advanced first aid under their belts. On top of that, they will have considerable experience with a varied clientele and intimate knowledge of Central London, (because that’s where the vast majority of work is).
There is of course a much higher possibility of getting a more mainstream chauffeur position if you’re willing to lower your expectations regarding the security aspect and this is definitely worth thinking about because experience is vital and we all need to earn a crust. There’s also an important point here to make here, although clients don’t often ask for a security-trained chauffeur, once they find out a driver has a CP licence or advanced driving qualification I can assure you they find it extremely comforting and they will definitely look at you in a totally different light. It’s these kinds of things, along with that all important personality, that gets you noticed, requested a second time by a principal and moved up the ladder. Don’t underestimate that.
I can totally understand why SIA licensed guys are looking to move into the chauffeur industry, after all there are huge amounts of chauffeurs who are making a living without any professional qualifications whatsoever. That’s fine, but rewards do come to those who invest in themselves and who are willing to appreciate that being a chauffeur is indeed a skill in itself.
For those who go out of their way to find out exactly what’s required, rather than thinking they can jump straight in, an incredibly varied and often fascinating job awaits.”

What makes a good CPO ?

October 21, 2020
So what is today’s close protection and what makes a good Close Protection Officer (CPO)? 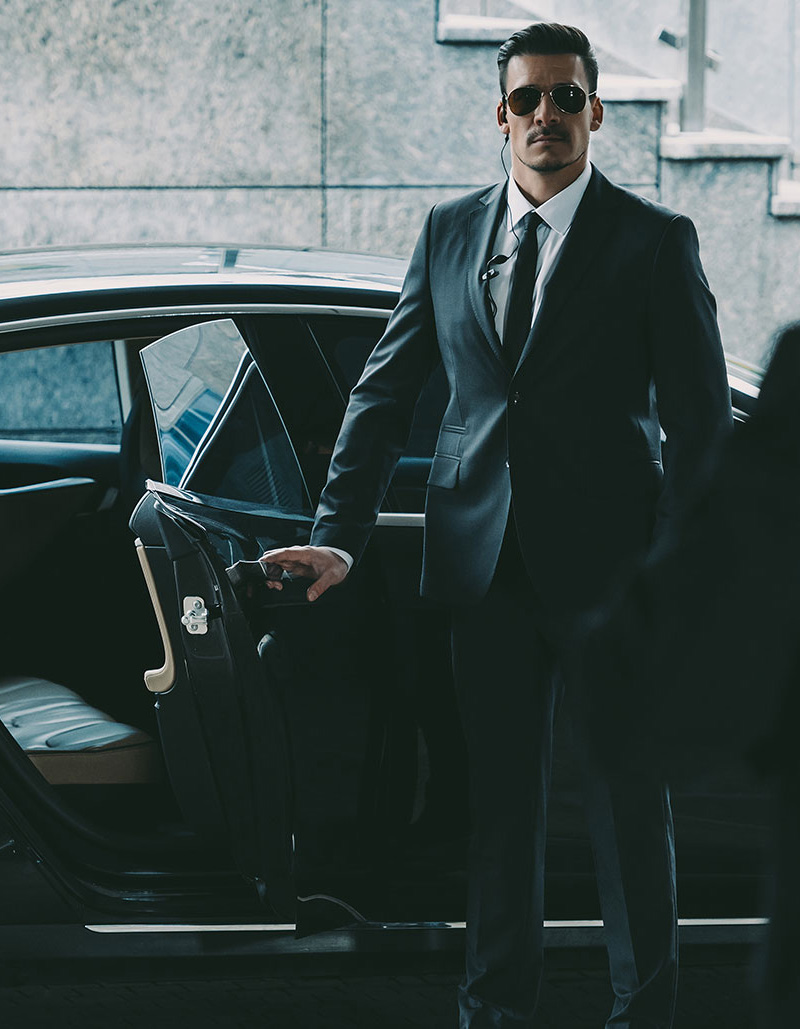 I can honestly say I’ve experienced the good, the bad and certainly the ugly sides of the industry, in various corners of the world with personnel of virtually every background. Even with the best experience and training, it always comes down to the individual and how they approach their Principal (the VIP), the client (the company which has engaged you), the task, their team mates and, importantly, t... 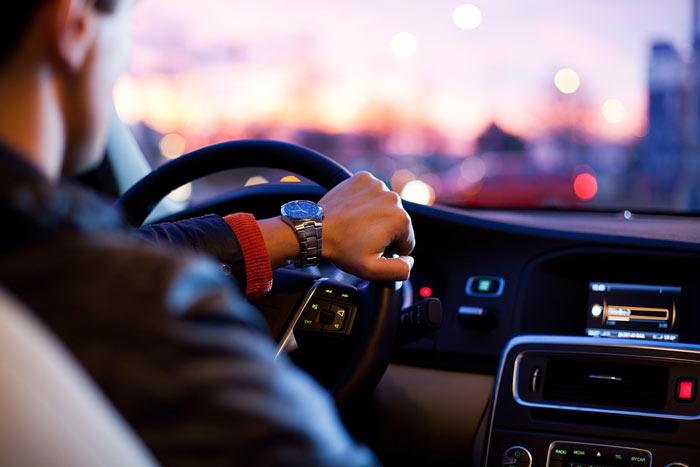 Regardless of how many precautions you take, it is essential to have the right type of insurance cover, so that if thieves strike, you’re not left high and dry.
Do I still need to pay attention ...

October 14, 2020
No matter what your factory may produce and hold, it’s paramount to both workers and people outside that the building is secure. Cutting corners may be cheaper, but it also lends more room for safety issues and for things to go wrong. We’ve comprised a list of some of the most important things to consider about factory security so that you can be sure your premises are safe.

Strong security policies must be enforced and kept
Before we even get into physical things you can do to ensure secur...

October 13, 2020
Before I found myself fully submerged in the security industry I used to wonder what security staff did all day. What I usually saw were people in uniforms standing around, sometimes in groups who appeared to be waiting for something to happen. Sound familiar? I didn’t wonder what other first responders did all day, I seemed to know or at least thought I knew. Fire, police and paramedics all have highly identifiable roles leaving no question in mind. In healthcare it is no different. For in...

October 12, 2020
Restaurant security should be one of the biggest priorities for owners of a restaurant operation, especially when you consider how much cash and credit card transactions are made at your business every day, and sometimes on more than one shift. It is too easy to get complacent and take the “it won’t happen to us” approach. You need to get your safety and security measurements up to speed from the moment your business opens. 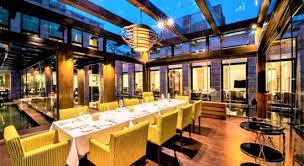 In order to be protected against all manner of safety and securi...

Career as a Door Supervisor

October 11, 2020
Want to get into a career as a door supervisor? Well here are a few requirements to give you an idea of if you are right for the job. 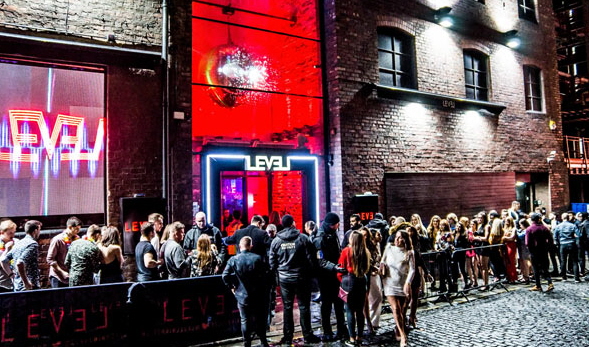 You must be 18 years of age or older to meet the requirements of Door Supervisor training
Flexibility
Door supervisor work requires a certain degree of flexibility with your availability. Generally speaking, peak times for supervising work are evenings and weekends. 9 to 5 jobs may be available, but it’s likely you’ll be required to work unsociable hours. Bein...

Posted by Mathew Holt. Posted In : Becoming A Door Supervisor

September 27, 2020
Special Event Security
Spartan Special Event security is here to secure your organised event.
The role of event security at special events such as conventions, parties, or concerts is imperative now more than ever. Special event security guards protect against illegal activities, theft, and terrorism and observe attendees to ensure they abide by venue laws. 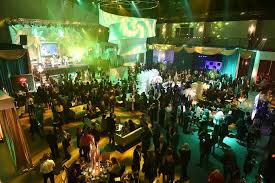