Why are British pubs closing ?

Because pub closures have escalated in the past year. According to the British Beer and Pubs Association, 27 pubs a week closed in 2012 – seven times faster than the previous year and 14 times faster than 2005. This means that four pubs a day are closing.

The figures have been released a week before The Budget. The Government has run out of money, and the pub industry is anxious that the Government does not put up beer taxes. "Beer sales in pubs – the backbone of the trade – are now at their lowest level since the Great Depression of the 1930s," says the BBPA. "This is all the more reason to freeze the duty on beer in this year's Budget."

Fellow trade body the Wine and Spirit Trade Association is furiously lobbying too, though research shows that the public does not mind taxation on drink very much. Still, there is little doubt that the pub, one of the archetypes of British life and one of its most cherished institutions, is under threat. 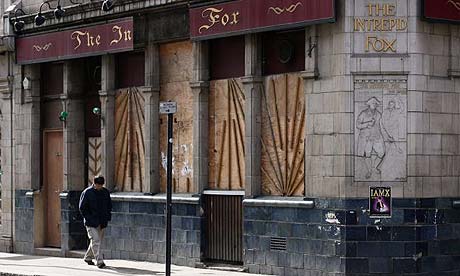