Posted by Greg Hamm on Thursday, September 1, 2016 Under: Guest Security Articles
Around the world, terrorists are launching attacks on easy targets such as stadiums. Security professionals must conduct assessments of their facilities to determine their weaknesses attackers might exploit. One such weakness is the use of vehicles, either to carry the attackers or to serve as weapons-is a real threat. 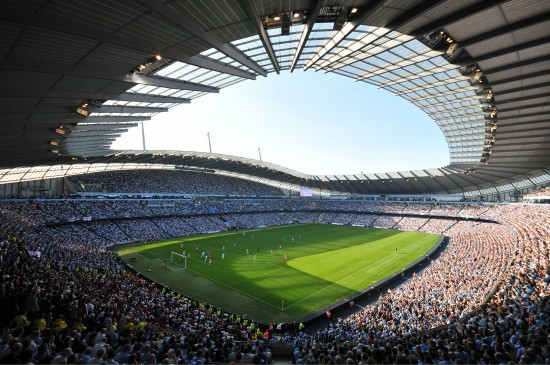 Following is a description of the five stadium entrance points that are most prone to attack, and how security can address these vulnerabilities.

1. Inside perimeter. The inside perimeter of a stadium is the area closest to the facility itself, between the facility and the parking areas. In most cases, it is easy to breach the main entrance to the car park. The simplest way is to buy a ticket and enter with the rest of the fans. Once entered, the vehicle can pick up speed to crash through one of the gates or entrances to get within the stadium itself. At Citi Field, home of the New York Mets, security managers use both fixed and portable bollards on the inside of the perimeter. This prevents cars from hitting the actual stadium even if they are in the car park launching attacks.

2. Delivery entrances. With vehicles coming and going nonstop, delivery entrances need a solution that lets some vehicles enter but stops unauthorised from entering. Levi's Stadium, home of the San Francisco 49ers, this threat is averted with permanent surface mounted barricades, which can be lowered to let delivery vehicles through.

3. Temporary access points. On game days and during other events, the direction of vehicles traffic must be modified to guide most cars into the parking areas. However, a few routes must be left open to serve as temporary access points for personnel and VIPs. Stadiums typically use small, wooden sawhorses. To let an authorised vehicle through, staff members pick up the sawhorses and carry them out of the way. These units offer no protection from would-be-attackers.

Pen State's Beaver Stadium places portable barricades at these entrances. Self-contained barricades are towed into position and control vehicle assess within 15 minutes. Once positioned, a DC-powered pump then raises and lowers the barrier. The mobile deployable vehicle crash barrier will stop a 7.5-ton vehicle travelling at 30mph.

When designing a way to slow down vehicle approach, precautions should also be taken to ensure that the attacking car cannot make a cut around a barricade. Knolls, oversized curbs, and other impediments should be considered.

5. Infrastructure. The ground below assess points are often filled with cables, wires, pipes, and other infrastructure products. As a result, below-ground installed traffic bollards, barriers, and barricades are impossible to install. One solution is to use surface-mounted and shallow foundation barricades and barriers.

A stadium need not suffer vehicle attack. Whatever weakness terrorists attempt to exploit can be mitigated.