Staying safe in a Nightclub

Posted by Spartan 24 Hour Security on Saturday, November 18, 2017 Under: Personal Security
Even with the recent club fires in past years, it’s safe to say that being vigilante in the area of safety isn’t at the forefront of the average clubbers mind, since most people are just looking to get the most buzz for their money when it comes to having fun and enjoying themselves, but that has to change. 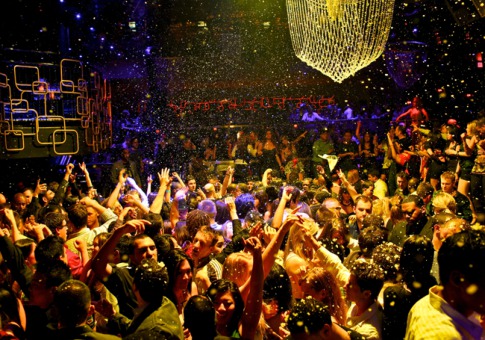 Consumers should take extra notice of clubs that are either above or below ground level, since these types of venues require stairs to enter and exit, and staircases always create the potential hazard of becoming jammed with people trying to escape an emergency.
People tend to go out the way that they came in. This is especially true in an emergency or when you are not familiar with the lay out of the building.
Stairways up or down can quickly become chocked with people trying to get out in an emergency and quickly become impassable. A fire on a different level may not be noticed right away and heat and smoke can travel in the stairway if it’s not properly protected by fire doors.
Another issue is whether or not the stairways are wide enough to accommodate the number of people trying to use them.
Most modern licensed clubs here in the UK will have had all these factors evaluated during the inspection process to determine what the occupancy level (the number of people permitted) should be. However, that may not be the case in some older buildings or if you are visiting clubs overseas.
An example of which, In 2000, 309 people lost their lives in Luoyang, China after a fire broke out inside a club, and in 1990, 87 people died in a Bronx, NY., club fire that was actually set intentionally, which shows club fires can start in a number of ways, so one has to be prepared.
Act fast. If you do find yourself in this type of situation, you shouldn’t try to assess things, you should escape instantly.
Get out immediately, regardless of the situation. It may sound callous, but don’t try to find your friends while you are still inside. Head to the nearest exit and keep in mind that it may not be the same one you entered through.
If you look at several of the past events including Brazil and Rhode Island, delays by the occupants in leaving may have cost some their lives. They may not have been aware of the seriousness of the event or may have originally thought that it was part of the performance. Unfortunately, by the time they were able to react it was too late.”
Also, clubbers should never be hesitant to report  a safety hazard if they happen to notice something looks off.
Ask to speak with the manager.
Most reputable establishments have invested in your safety and want you to feel comfortable at the location. If you’re not satisfied with the managers response but unsure if the issue is really a hazard, position yourself close to an exit that you can get to if anything does happen.
Also, check the ceiling for a sprinkler system. Some code requirements are loosened if the building is equipped with a sprinkler system because fire officials recognise their effectiveness in keeping people safe and saving lives.
You can always report your concerns to the local fire station. They have staff specially trained to look at all of these factors and determine if a club is safe. They also have the authority to shut down clubs that are unsafe until the problems are corrected.
And what's the golden rule when it comes to keeping safe in a club? There are two.
Trust your instincts. If something doesn’t feel right it probably isn’t, and also, be aware.
Take a minute when you arrive and look around. Identify the ways out and evaluate the overall situation.

Tags: nightclub safety
« Back to posts