Security Guards serve and protect too

Posted by Susan Moore on Wednesday, September 12, 2018 Under: Security Guards
If you're the kind of person who loves a challenge, enjoys serving others, is courageous and has leadership skills then a criminal justice degree may be perfect for you. When you have a criminal justice degree you'll be able to pursue jobs including police officers, detectives, criminologists, lawyers, bailiffs and even judges. Other jobs in related fields are corrections officers, FBI agents, and crime scene investigators. Many jobs require a bachelor's degree in criminal justice but others only require an associate's degree and some require a basic criminal justice certificate. Even a certificate gives you credit hours if you seek a degree later. 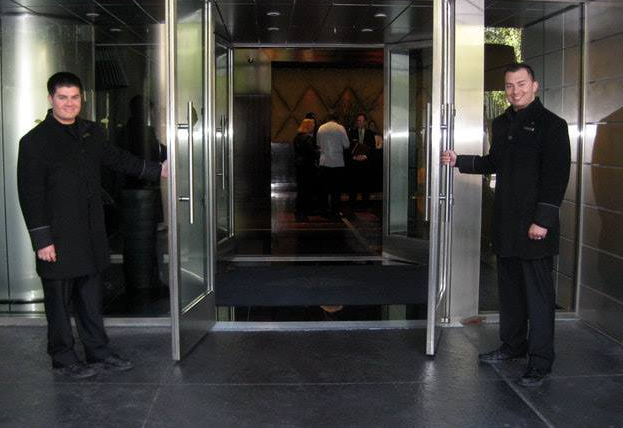 One popular job is that of being a security guard. These are the men and women who patrol public and private property to guard against theft, vandalism, and other illegal activities and to monitor for fires and other emergencies. Patrolling security guard jobs can be physically demanding and may require night shifts as well. Many of these jobs require the guard to be armed and may have to render aid to people needing assistance and may even have to restrain suspects until the police arrive.
Since the terrorist attacks on 9-11-01, security jobs have increased greatly in public areas such as airports, bus terminals, train stations, sports stadiums, shopping malls, banks, government buildings, and hospitals. At air, sea, and rail terminals, security guards are charged with protecting by screening people, property and equipment. Using a variety of detection devices such as metal detectors, x-ray machines, and canines specially trained to detect explosives and other illegal substances, security guards have to be ever-vigilant of any suspicious behavior. Security guards at large venues like universities and stadiums must perform crowd control, supervise parking, direct traffic and look for underage drinking and use of illegal drugs. Armored car guards protect money and employees in transit and during pickup and drop-offs. Armored car security guards are always armed and often wear bulletproof vests.
Because of the 9/11 terrorist attacks, security has increased in virtually every way and the need for qualified security guards in public areas like government buildings, banks, airports and other transportation stations, sports stadiums and even malls has been increased as well. Many state and federal security jobs require that the guards be licensed and that you need to be at least 18 years old. You'll need to pass a background check and will have had to completed class-work in various areas. Having a degree in criminal justice ensures that you'll have met most of the requirements for a job as a security guard.
Since the demand for security guards will continue to grow in the future, the U.S. Department of Labor states that job opportunities should be plentiful. Not only are there going to continue to be plenty of full time jobs available but many part time jobs are available which makes for an excellent second job as well.