Posted by Chris Harris on Tuesday, October 2, 2018 Under: Guest Security Articles
Picture this, a department store with every conceivable item you can think of waiting to be sold, and only the store detectives to watch over it, or a bank where people deposit their hard earned money and just the security guards at the door protecting it. There was a time when this was enough, but not anymore. Sadly, today's thieves and robbers have become more cunning and a lot more threatening. Shoplifters work in gangs one concealing the other while goods are stolen, bank robbers have turned to guns putting the lives of security guards and customers at risk. These are just some of the reasons for the rise in the need to use security camera. Any establishment whether large or small are using cameras to try and outsmart the thieves. 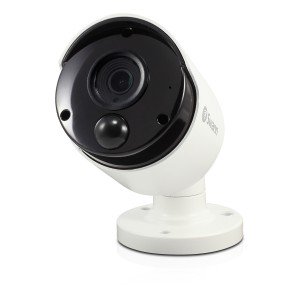 Security cameras use video technology to watch over, monitor and record people's behaviour. They will be found in shopping malls, department stores, banks, food outlets and drug stores. They have a two fold effect -one being that they can give customers and staff a sense of security knowing that every incident can be viewed and recorded. Another thing is that they assist in bringing crime rates down. Shoplifters are no longer so eager to steal knowing that every move they make can be seen. Most homeowners today, especially those that were victimized and lost valuable items from in-house theft, install spy cameras in their homes. Video evidence can be used in court when bringing criminal charges against thieves.
Since security cameras can be mounted virtually anywhere they have become an essential part of crime prevention. The police use them in town centres to monitor the behaviour of drinkers late at night and can send response units very quickly to any disturbance. Cameras not only deter crimes but can capture someone committing an offence and are identified so police can pick them up at a later date if not apprehended at the scene. They are even known to be used to monitor the habits of employees.
Although for the most part, cameras are used for positive results, it can have a sinister side to them also. Because they have become so small it's very difficult to detect when you are actually being watched, the criminal element have not let this knowledge go unnoticed. They can easily look over your shoulder when using the ATM machine and once you have inserted your credit card they can record your pin number and use this to clone your card. Cameras are known to have been used to blackmail people by catching them in compromising situations when they thought they were safe even in their own homes.
Security cameras have become a part of our lives now but, for the most part they are used for good reasons. However, with technology making it very easy to conceal one, we also have to be aware of the not so nice people that are out there. Practice caution and be very careful in everything you do and even with all the security cameras around if you see something not so honest happening let someone that's in charge know about it.