Posted by Howard Trott on Thursday, May 3, 2018 Under: Security Alarm Response
As a society, crime rates are increasing and generally speaking not many people seem to be interested in cleaning up their acts. This is where the need for security comes in. While it may not be possible to actually go ahead and solve the crime rate problems (at least not at the moment), it is definitely possible to protect yourself and your family against them. Your family is the most precious thing in the world to you, so don't you think that it is a good idea to see to it that they are protected at all times?A security alarm response system is capable of doing that for you. With all of the new advances in alarm response technology, some of the new models and the new companies that support them have really raised the bar in the way alarm response systems are being used. 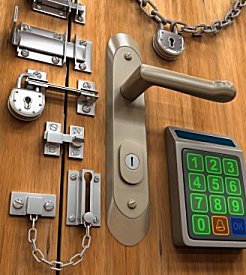 There are many security advantages to owning an alarm response system, many of which are probably very obvious to most people. After all, if you have decided to purchase an alarm response system or even are considering doing so, you probably are already aware of the many advantages that alarm response technology brings to the table.
Firstly, there is the whole idea of security. Security is simply the idea of a person or people feeling safe inside their premises and one of the ways to facilitate this safe feeling is through alarm response. It is very similar to the kind of alarm one would install on their car, able to make a large noise in the event of a break in and frighten the criminal away. More advanced alarm response systems will also come with monitoring, where helpful company representatives will call you within seconds of the alarm going off.
Alarm Response Disadvantages

There is one major disadvantage to alarm response and that is usually the cost involved with it. Because of the expensive equipment (and if you are on an advanced plan the human monitoring) involved with alarm response, it is often quite difficult to find one that is of a low price. Another thing you can add to this is the fact that many alarm response companies will also charge monthly rates in addition to the initial rate and while monthly rates are still very reasonable in nature, they are also more money that you will have to spend.
While this can definitely be a disadvantage, many people would not really consider it to be one. They simply consider it the cost of making sure that those closest to them are safe with the help of an alarm response system.
Conclusion

There are many different ways to ensure security on your premises and many different methods that all work very well at doing so. Alarm response, however, is definitely one that deserves a second look. Spartan 24 Hour Security provide Alarm Response, Mobile Patrols, and Free Keyholding.