Posted by Zac Allea on Tuesday, October 2, 2018 Under: Guest Security Articles
Cyprus is the third biggest maritime fleet in the EU and the tenth biggest fleet in the world. Generally speaking, Cyprus is a strategic market leader for many reasons. Firstly, it is located at the crossroads of three continents, Europe, Asia and Africa. Secondly, Cyprus has double tax treaties with 45 countries and bilateral agreements of cooperation in merchant shipping with 23 countries. Thirdly, the low set up and operating costs for companies and liberal foreign direct investment regime. Finally, the VAT exemption for international transport services in case the effective use and enjoyment of the services take place outside the EU. 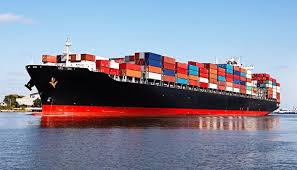 Since Cyprus is a market leader in ship management, maritime security and safety is a highly important issue. This particular issue has been extensively addressed by the Protection of Cyprus Ships Against Acts of Piracy and Other Unlawful Acts Law 2012, published in the Official Gazette on 15th June 2012. The law denotes a new era in protection for ships flying the Cyprus flag against security threats. Furthermore, the law reinforces maritime security and is based on advice and proposals of the International Maritime Organisation.
The Department of Merchant Shipping (DMS) has issued detailed instructions concerning maritime security regarding ships flying the Cyprus flag.
Piracy and Unlawful Acts
The law covers a number of potential security issues such as piracy and "unlawful acts". The term "unlawful acts" is defined as "an act or suspicious act or circumstance which, by its nature or context, threatens the security of the ship or may cause damage to the ship or to the persons on board or the cargo".
Examples of unlawful acts covered by the law:
seizure of control of the ship (including acts of piracy)
committing acts of violence against a person on board the ship or causing death or injury
damage to or destruction of the ship or its cargo
placement on board the ship of a device which may damage or destroy the ship, its cargo or bodily harm the persons onboard
abduction, detention or hostage taking of one or more persons onboard
theft or transportation out of the ship of certain items (portable equipment or outfitting, documents, supplies, tools or of parts of the ship or of personal property/money belonging to people onboard)
exercise or threat of violence or commissioning of any of the above
transmission of information that may assist in commissioning or attempted commissioning of anyone of the above acts.
Maritime Security: Obligation and Rights
The law articulates that ships flying the Cyprus flag are subjected to apply obligatory security measures when sailing through high-risk zones. These measures should be applied in addition to the provisions of SOLAS Chapter XI-2, ISPS Code and Regulation (EC) No. 725/2004, for establishing and preserving the security of the ship and averting "unlawful acts".
The master and operator of the ship are obliged to take necessary measures for the safety of the ship and avert "unlawful acts". Moreover, they are obliged to implement the additional protective measures, when the ship faces a risk or is in a high-risk area.
The operator of a ship flying the Cyprus flag must submit to the DMS an application requesting a certificate that will be issued to permit the boarding of private security personnel and the use by them of firearms or other equipment in high-risk zones.
Necessary documentation:
the name and full details of the ship, such as type, call sigh and ship's identification number
full details of the private security company it wishes to engage
a detailed risk assessment and description of security measures which will be carried out
a description of firearms and the equipment required to be used
places, port, port facilities, sea area and dates of embarkation and disembarkation of the security company
places and dates of the loading and unloading of firearms and other equipment
description of the itinerary of the ship
a copy of the written private agreement with the ship security company which has been signed or the ship's operator has an intention to sign
The permission will be granted under the conditions that the request is justified by reference to the security assessment, and the security personnel will be specially licensed by the government to provide this kind of services.
Furthermore, the ship operator is obliged to ensure that the security company he engages has a valid license, adequate indemnity insurance and that all guards can communicate with the master and crew. In addition, the contents of the contracts signed by the operator of the ship and the private ship security company must include:
a. details of all security guards
b. details of authorised firearms or other special equipment to be used
c. conditions allowing the use of firearms and special equipment.
d. processes to be followed to amend any of the matters a-c.
According to the law, the private ship security companies must submit an application to the DMS to obtain a license allowing them to provide services of unarmed or armed personnel to Cyprus ships.
The application will be examined by the DMS. If the request is approved, then the relevant certificate will be issued. In other words, the company is permitted to provide security services in compliance with the governing regulations. The Courts of Cyprus will administer all actions of licensed private ship security company in Cyprus and the DMS must approve all persons employed by this kind of companies.
The law provides a set of rights for the personnel on board, such as the right for self-defense, the right to arrest and detain an individual intending to commit or has committed an unlawful act, and the right to impound arms and equipment of individuals attempting to or have committed an unlawful act.
Duty to report
The master and the operator of the ship have the obligation to report immediately to the DMS any unlawful act or attempt to commit an unlawful act and provide relevantly and full information to the DMS in regards to that act. Additionally, the operator is directly obliged to inform and keep updated the relatives of hostages and those injured as a result of an unlawful act.