Posted by Stephen Hopkins on Wednesday, September 12, 2018 Under: Manned Security Warrington
You have probably noticed yourself, that most shops and offices now employ security officers. Generally these security officers will be located somewhere near the front door, either sitting at a reception desk, monitoring CCTV or standing at the front door. 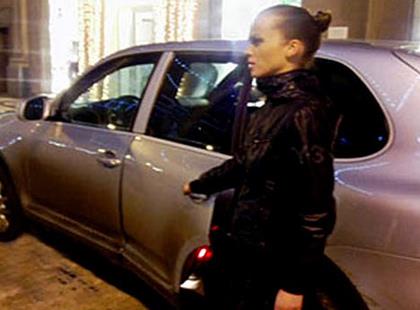 Having worked in security for most of my life, it is now second nature for me to look at what security is in place when I visit somewhere. This usually takes the form of just having a look at how the security officers operate.
If you are going to employ security service, then you obviously have something specific in mind that you want them to do. I recently visited a well-known high-street supermarket that I have been to many times in my local area. I know that they employ one security officer. On entry there was no security - nothing wrong with that so far. Having a quick look around I couldn't see security anywhere. I could however see who I thought was a traffic warden thumbing through the newspapers. However, on closer inspection I noticed a tiny badge on her hat that said security. By the time I left the supermarket, she was standing by the front door looking totally disinterested in what was going on. She looked in a world of her own.
I understand that this store uses security as more of a deterrent rather than to catch shoplifters, but for this to work your security officer needs to be seen as being alert and proactive. Having a security officer completely disinterested in what they are doing can have the reverse effect, making your premises an easier target.
Security in this store would have been arranged by head office, who possibly have never even been to the shop. The store manager won't get a say and will just have to make do with whoever he gets sent.
Security officers are still ambassadors for the store / business they are working in. They may be asked for their recommendations on how security can be improved, and if the security officer doesn't know, who does?
The security company who hold this contract are a recognized company. The problem today, is that it is more important for large companies to secure the contract and protect the bottom line, than supply quality security officers who actually have an interest in what they are doing. Protecting the bottom line usually comes at a cost to the client. Just because someone holds an SIA licence, doesn't necessarily mean they know anything about security.
But sometimes security can be misunderstood. You have proactive security officers but the person arranging security doesn't really know how to deploy them properly.
Take my recent visit to the cinema. It was a large 15 screen cinema with a bar and a few uniformed male security officers. On the front door to the cinema was one officer standing at a table just inside the doorway looking in women's bags as they entered. The first problem was that there were two separate ways in to the building, so if you wanted to bring something in, you could just take the lift from the car park! There were also no signs posted on the way in informing people they may be subject to a bag search. It was good that security were being proactive, but they did need some direction from a person who understands how security works.
I once heard someone say 'If I can't get a job, I'll just go and work in security'. That is the person who will work for minimum wage for a large security company, who will then be posted at a clients premises expected to look after their best interests.
Over the years, the way security contracts are procured has changed. Clients are now more likely to be talking about their security requirements with a salesman, rather than with someone who actually understands what they need. A key accounts manager in charge of securing new contracts will start on a salary of £42,000, while the person you really need to look after your business could be working for £5.75 per hour.
It's not just about supplying 'bodies'
There is of course a place for the large security companies, but sometimes it might be better to work with the smaller professional security companies who are usually able to offer the same services as the larger companies, but who keep their emphasis on the work rather than the profit margin.