Getting rejected for entry to a Nightclub

Posted by Juliet Grey on Monday, September 3, 2018 Under: Nightclub Security
Clubbing is one of those things you either love or hate. Clubbing comes with all kinds of do's and don't's. Don't wear white shoes, do wear a collared shirt, don't turn up to the club drunk, do get your name on the guest list to secure yourself entry. The list is endless. For me, getting into bars and nightclubs isn't overly difficult. 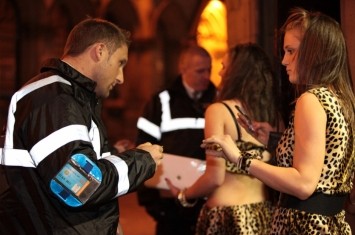 I don't turn up drunk, I know how to wear a pretty dress and I must be OK looking. Over the weekend, I attended a party at one very upmarket nightclub and although I managed to get into the club, not everyone was so lucky. When my cousin initially booked the party, she was asked what she needed to do to be sure all her friends would be able to join us. The response was that they had to have their names on the door; they needed to wear collared shirts, not wear white shoes and not be drunk.
When one member of our crowd arrived at the door he was rejected by the rude bouncers. He wasn't drunk, he was wearing all the right attire, he wasn't carrying any illegal substances, nor was he suspicious looking. My cousin assertively asked that bar staff over rule securities decision, but the request was denied. My cousin was told the decision was final and her friend wouldn't be able to enter the nightclub.
No reason was given for our friend's rejection; no sincere apology was offered and wouldn't have been accepted. Two days after the incident, the nightclub in question was contacted. Requests for an interview were declined. What this place needs to know is that people talk. My party and I will be spreading the bad word and this tool is more powerful than stating the name of the club. Let this be a lesson to other clubs. You can be selective about who you let inside your venues. Just remember that patrons can always choose never to return and others will follow once bad reviews get out.

Tags: rejected for entry to a nightclub
« Back to posts