Posted by Austin Smith on Sunday, March 24, 2019 Under: Close Protection
Female Close Protection UK. In 2006, Bodyguard Careers did a story on the need for trained female bodyguards. The need for women in the executive protection field has continued to grow. In India, a new training course has been established for women to learn bodyguarding skills, to meet increasing demands. Female clients are more frequently requesting female bodyguards. 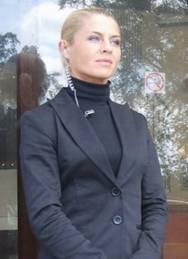 In Moscow, intelligent women between 21 and 37 can apply at the one school available for training in the field. The attitude however, is rather sexist as regards female bodyguards. First, Russian clients (mostly men) insist that these women must be "very attractive, intellectual and not 'unfeminine,' slender, model-like blondes with drivers license, able to act as a personal secretary, speak several languages, know fighting techniques and handle all types of firearms." These expectations seem to be based on television and movie ideas about the industry, and not at all on reality-something the school's founder, Nadezhda Mikhailova recognizes. The school does request trainees be healthy (with perfect eyesight,) and applicants must endure detailed psychological tests and tough physical exercises and assessments. Women bodyguards who have completed the program (6 months) have been placed on assignments, however, they are not paid the same as men for the same job. This inequity is not lost on the school's owner, who regrets that women with the same (or better) skills are not being valued, simply because they are female. "It is known that women more often resort to 'peace talks' than force. Women are seldom treated as a source of menace, and this fact helps female bodyguards act promptly and effectively in case of emergency" she says.
In China, businessmen are seeking female bodyguards for protection, and the Tianyu martial arts school has created a training program which encourages women to participate. Course work includes driving instruction, computer skills and self-defense related laws, as well as martial arts. Xing Tianzhu is an instructor at the school and is himself a veteran martial artist, former special forces soldier and former bodyguard. A recent client who hired a graduate of the training program feels women are well-suited to this line of work, commenting, "I think that women tend to work more carefully and their powers of observation are sharper than men. My company also has three or four male bodyguards, and I find it works best when we use men and women in different combinations, depending on the task."
Libyan president Muammar al-Gaddafi, has been utilizing the skills of female bodyguards for many years.
In 2007, it was revealed that Prince William has two female bodyguards.
Asset Corporation out of Ohio, advertises on their website that their security teams are comprised of both male and female specialists.
Even Hollywood is helping to change perceptions. In the upcoming CBS series "Eleventh Hour," actress Marley Shelton will be playing the role of a bodyguard to a male government special science advisor.
All over the world, it appears that old ideas about bodyguards and executive protection are changing. In the United States, females who are able to pass the same physical assessment tests and display the intelligence and skills necessary to manage the job are in high demand, and often demanding the highest paychecks.