Posted by Victor Morris on Friday, September 21, 2018 Under: Guest Security Articles
Airport Security Systems have progressed a long way, and there's a lot more than passport control and metal detectors to help with passenger safety and security. Because of high profile criminal and terrorist activity at several airports, airport security has seen some incredible technological advances to improve the safety and security of passengers, staff and the airport. 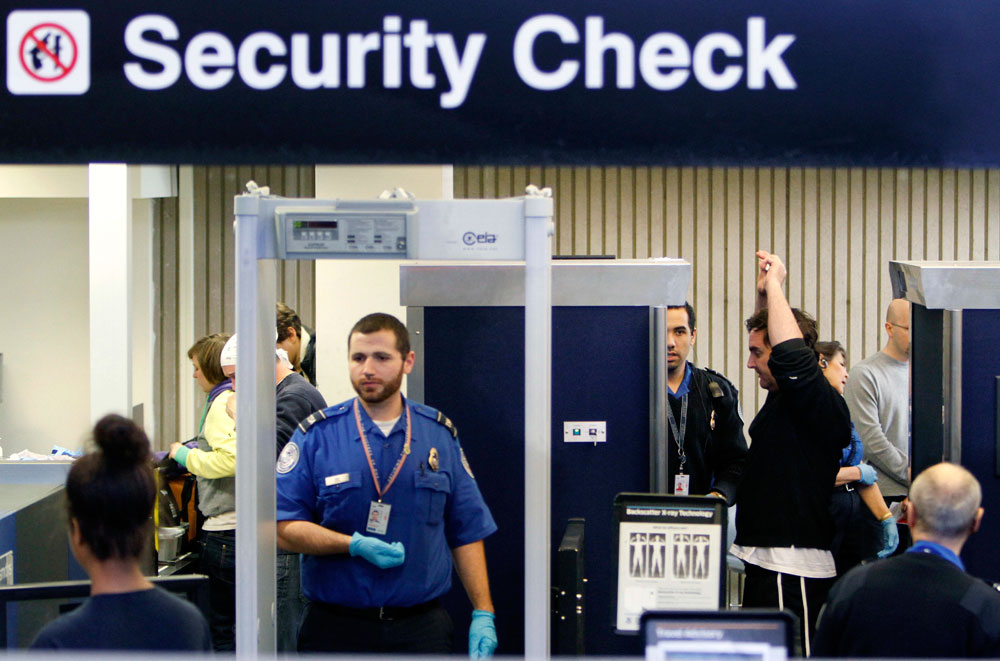 Traditionally, all passengers had to be treated the same, as if they were criminals, illegal aliens or terrorists which meant that they were all under suspicion. New technology and systems means that airport security only needs to focus on those people who are acting suspiciously, rather than all passengers.
Although CCTV has made airport security much more efficient, there is still a need for people to be constantly looking at the CCTV footage, and recognising what is going on. For the person monitoring the CCTV footage, a moment of distraction, or looking at another incident, could prove to be costly.
Using advanced Video Analytics, the CCTV footage can be analyzed by computer software, to assess what is actually taking place on the screen. This means that situations can be identified, and rules can be set up, so that any event triggering these rules will alert security staff. For example, somebody who leaves a bag near unattended, or who is in the wrong part of the airport, or walking around the perimeter. Crowd detection technology allows individuals to be tracked and traced through the airport. The footage can be tagged and is searchable, so that the person, or event that triggered the rules can be found, and analyzed. People who are where they shouldn't be, looking generally suspicious, loitering, or people passing items between themselves can also be monitored.
These has brought about increased passenger safety and security, and means that there is a reduced reliance on security staff needing to watch all the CCTV monitors, or physically be on the lookout for something suspicious all the time. This helps to decrease the chance of an incident being missed.
For airport staff, advances in airport security systems have seen the introduction of biometrics to control the movement of airport staff, and means that there doesn't have to be a security guard in attendance at all times when staff are accessing secure areas.
The flow of passengers has also been improved. Using Human Behaviour Analytics, the movement of people can be analyzed, and if passengers go the wrong way, or are waiting unnecessarily these actions will alert security guards.
Automated search lanes for passengers means that security guards are only needed for those passengers that set off the alarm. This helps to make passing through security much quicker and easier for the vast majority of passengers.
Intelligent queue monitoring video analytic ensure that the queues keep moving and that there is always enough staff on to deal with the increases in passengers. This helps to reduce the queuing time for passengers.
Now you know more about Airport Security Systems, you're sure to feel safer next time you fly.